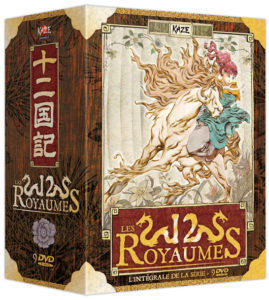 I also created the packaging and layouts for the French edition of the soundtrack published by Wasabi Records, based on the original Japanese packaging.